Mary* is a 52 year old female who came in with menopausal symptoms. Her periods became irregular a year ago with them stopping completely 5 months prior. For the last 3-4 months, Mary has been experiencing mood swings and hot flushes.

The hot flushes have been keeping Mary awake at night, and once asleep, cold flushes will then continue to disrupt her sleeping patterns. Mary’s mood swings have made her more emotional and irritable. She can have amazing creative highs or depressive lows, these swings can occur several times during the one day.

Goal – “My moods & temperature are constant throughout the day”

Balance – Activation phase
The activation phase is where a practitioner informs that client’s body what they will be working on during that particular session.

I stimulated all the acupressure points related to depression.
I monitored the muscles related to the endocrine (hormonal) system, all of the four muscles tested showed signs of stress.
Both the brow & sacral chakras showed signs of imbalances, which would be consistent with menopause, because they govern the anterior pituitary gland and the sexual organs respectively.

We also delved into Mary’s past. When Mary was a teenager, she watched her mother suffer through menopause for 7 years. Her mother had experienced wild mood swings and hot flushes and Mary had felt responsible for looking after her mother during this time.

Mary’s body indicated that it wanted to start off with harmonising the three Jiao. The three jiao is where qi originates in the body.
The lower jiao is our essential qi (DNA), our fires of life
The middle jiao is our digestive qi where we digest both nutrients and information
The upper jiao is our defensive qi which protects the body from infection

In Mary’s case, both the lower jiao and the middle jiao were in disharmony. By hold the 3 acupressure points related to the three jiao (CV7, CV12 & CV17) I was able to bring them back into harmony.

A quick check indicated that both the stomach and liver meridians were showing signs of stress. By holding the yuan points for these meridians and having the client do a breathing technique, the stress was corrected.

The next correction to show was “surrogation”. Surrogation is when a person adopts an attitude, emotion, behaviour from the environment around them and makes it their own. In Mary’s case, her surrogation was that she had to experience menopause exactly as her mother did.

Black obsidian crystals were required to be placed on Mary’s Solar Plexus (personal power) and sacral (sexuality) chakras. Black obsidian is beneficial for protecting against depression and negative energy. Mary also repeated an affirmation confirming that she would “act independently” in relation to her menopause.

At the end of the balance, Mary was no longer surrogating her mother’s menopause and the muscles were back in homeostasis.

The balance reasserted that my journey need not be a replica of my mother’s, reducing stress around the whole journey
About 2 months later, my hot flushes have reduced dramatically

Natasha* is a 15 year old teenage girl from a single parent family (she lives with her mother and younger sister). Her father left the family when she was five years old. Natasha’s mind “could get very busy” as it would be full of negative thoughts that would just spiral around and around and around. This is the reason that she has sought treatment. Natasha wanted to work towards a future where she was able to feel calm and relaxed. A future where her mind was full of positive thoughts not negative ones

Natasha had also experienced anxiety in her past. It started when she was eight years old when her father got back in contact. And lasted for four more years.

We entered in a goal of “My mind is calm and clear” – which was a stress on her body.
First up we looked to see if there were any attitudes affecting Natasha. The words “Self-denial, Repression & Martyr” came up. Natasha said that she could relate to them. That there is a lot that she would like to say to people, but she doesn’t because it wouldn’t resolve anything.

We also needed visit a time in Natasha’s past, when she was three years and five months old. This is when Natasha’s younger sister Sarah was born. Natasha’s mother mentioned that when Sarah was born, Natasha took on a caring motherly role. And Natasha mentioned that she sometimes finds it hard to have fun with her little sister. We put the following statement into circuit.

Natasha mentioned that she believes that her father loves her sister more than he loves her. We also tested this.

We then got permission to move into the correction phase. The correction that come up was “Toxic Emotions”. This relates to when we feel an emotion so much that it doubles in on itself. i.e. we get angry at ourselves for being angry all of the time. The emotions that came up for Natasha were:

This trio of emotions relates to when Natasha was 10 years and a half years old and the interactions that she had with her father. Natasha mentions that when she talks to her father on the phone, the calls always seem to end in arguments.
I held (with the help of Natasha’s mother) the corrective acupuncture points for 20 minutes.

Backing out of the session, we retested the statements

Natasha was given homework of spraying an energetic spray called “Present Time” over her body morning and night for two months.

Session two:
It has been four weeks since Natasha’s first session. Natasha mentioned that she has been feeling a lot calmer now. That a lot of the negative thoughts (that used to go through her head) have disappeared. Natasha has been in contact with her father via text messages. She is worried about how he will react to their conversations. She is worried that he will get angry at her. For today’s session, Natasha was happy to let her body choose a goal, and her body wanted three goals put into circuit

First up we looked to see if there were any attitudes affecting Natasha. The words “Apprehensive Insecurity” came up. Natasha mentioned that she finds it hard to make decisions about everything.
We again needed to look at a time in Natasha’s past. This time it was at the age of one year & seven months old. It related to the shock of having to remove her uncle’s belongings out of the house after he had died. I gave Natasha some “Shock Absorber” flower essence to help with this past trauma.
We got permission to correct and the correction was an “Emotional Tissue Scan”. Injured tissue can hold residual stress long after the original injury has healed. The area indicated was Natasha’s lower back and related to when she was 7 years & 7 months old. The survival emotions of “Freeze & Flight” were linked to this injury. I held (with the help of Natasha’s mother) the corrective acupuncture points for 20 minutes. I also gave Natasha some “Baggage Buster” flower essence to help clear any emotional baggage still lingering around.
I retested the goals

Session three:
It has four months since Natasha’s second session. Since that time, Natasha has been feeling a lot better and the negative thoughts have almost disappeared. The main focus of today’s session was going to be around Natasha’s relationship with her father. She has been feeling confused when she converses with him because she doesn’t know where she stands with him. i.e. Natasha doesn’t know if

Natasha mentioned that there are times that she gets very angry with her father i.e. “Why did you do that?” (basically everything)
Today’s goal was: I accept love from others – stressed
First up we looked to see if there were any attitudes affecting Natasha. The information that we needed was linked to the Rhodochrosite crystal – “Helps to identify ongoing patterns & show the purpose behind the experience”. Having a look at what might be an ongoing pattern for Natasha, we tested the following belief.

Next Natasha’s body wanted to ask her a question linking to the Heart Chakra. “Do you find joy with people?” Natasha says that she finds joy with her friends. Again we tested this statement.

I explained to Natasha, that if she has the belief that she cannot accept love from others, that she is unlovable and that she is unworthy of friends, then this makes it very difficult for her to maintain relationships.
These limiting beliefs have an energy to them, a repealing energy e.g. “like a lighthouse beckon saying ‘stay away from me’”. Once we have cleared these beliefs, then she will find that her friendships and relationships will slowly start to change.
We then got permission to move into the correction phase. Once again it was the “Toxic Emotions” correction. The emotions that came up for Natasha were:

Natasha could relate to these emotions. I held the corrective acupuncture points (again with the help of Natasha’s mother) for 40 minutes

Natasha’s body also needed a Spirit Point (beneficial for producing major change) activated. As we had run out of time, I placed an essential oil blend on the point so that it would continue to correct after the session was over.
Upon backing out of the session, I retested the limiting beliefs

I then retested the goal – “I accept love from others” and it was energetically strong
Natasha’s body indicated, that at this time, no further sessions were needed around these issues. 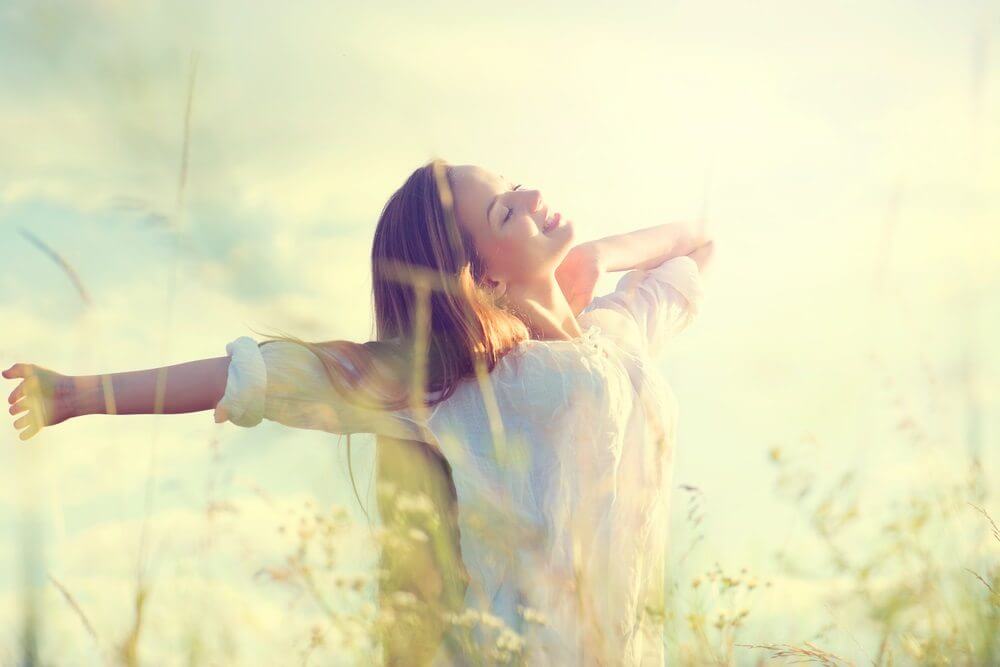